The step to adjust the toaxality between nozzle hole and laser beam is as follows: 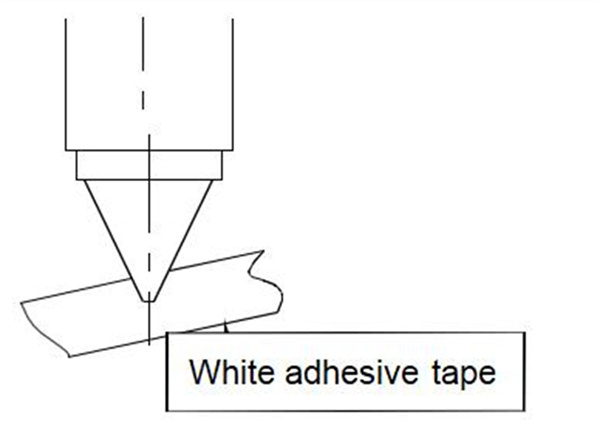 3) Remove the adhesive film, pay attention to its direction in order to compare with the nozzle. 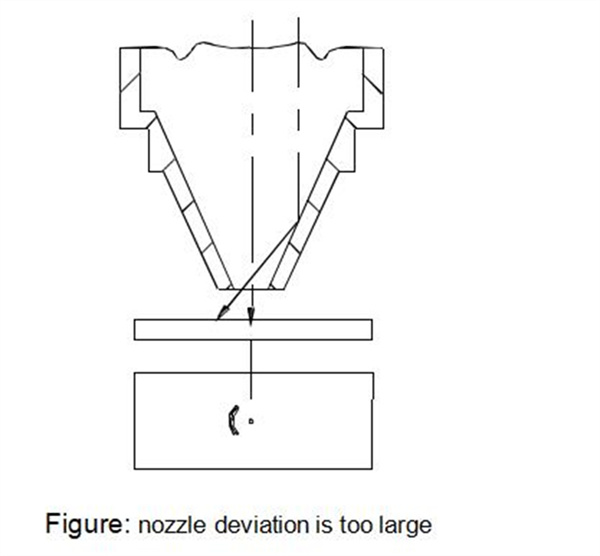 If the black dot is sometimes large and sometimes small, inspect whether the focusing lens is loosened. 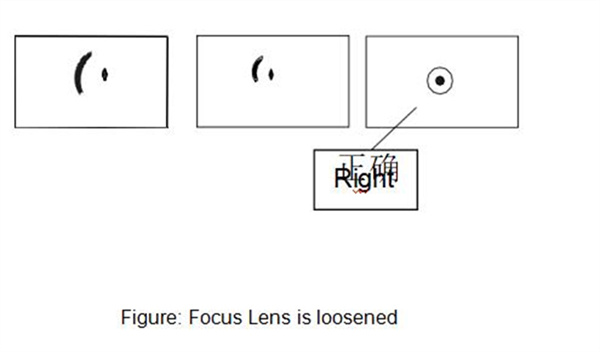 Observe the deviation direction from the nozzle hole to the black dot, adjust the nozzle position. 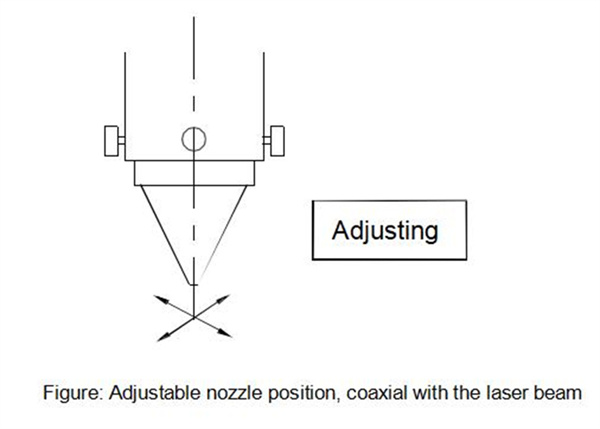 Nozzle hole size has a crucial influence on laser cutting and perforation quality.

If the nozzle diameter is too large, passing through the nozzle hole, melting slag formed in cutting maybe contaminate lenses. The larger hole is, the greater the chance contaminated is, and lens protection get weaker, reduce lens life.